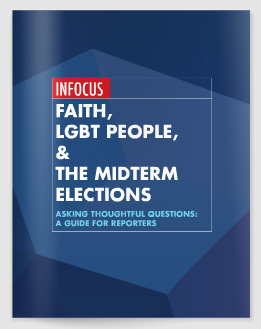 Much like here in Ireland, the debate about LGBT rights in the US is often framed as ‘God vs Gay’. The assumption that all religious people and faiths are anti-gay often goes unchallenged, and those hiding bias behind ‘faith’ are often not properly questioned on their position.

GLAAD and the Human Rights Campaign have collaborated to produce this fantasticguide to ‘Faith, LGBT People and the Elections’ for reporters and commentators.

I’ve chosen it as this month’s featured resource for two reasons: