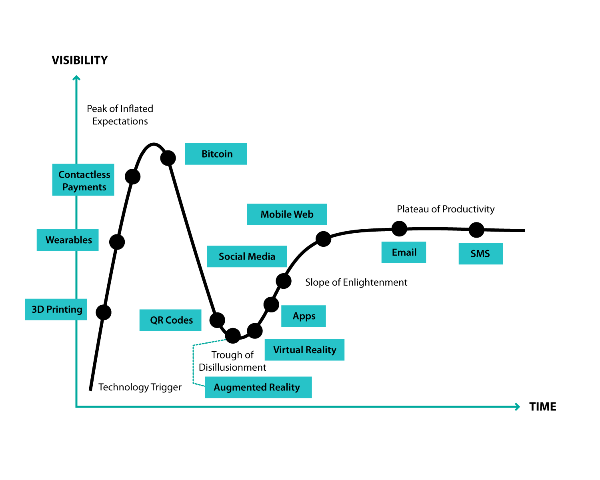 I saw digital fundraising expert Bryan Miller speak at the Fundraising Ireland National Conference this year, and was hugely impressed by him – and the author of this article on 101 Fundraising obviously feels the same.  In it, she outlines Miller’s hugely useful counter-argument to those who would encourage us to throw money at unproven digital fundraising methods.

Using the Digital Hype Cycle model, Miller plotted technology that is being used, or can be used, for online fundraising, to show which are stuck in a ‘Trough of Disillusionment’ and which are sailing away happily on the ‘Plateau of Productivity’! If you’re a cash-strapped, time-poor charity, he advises that you forget about the stuff in the Peak of Inflated Expectations or the Trough of Disillusionment, and instead make sure you’re using the technology on the Plateau of Productivity, and using it effectively of course.

Or the short version: get your SMS fundraising number set up, don’t bother with QR codes!