The new campaign EQUATE is tackling the important issue of education equality in Ireland – it’s hard to believe that in 2016, children are excluded from local national schools because they are not the ‘right’ religion, but it’s a depressingly common and widespread problem.  EQUATE have produced the video above to raise awareness of the issue, and have also provided an online action on www.equateireland.ie that you can use to contact your local candidates for the General Election and ask them where they stand on this.

They also have the canvass card below (click/tap for a larger version) which you can use when canvassers call to your door.  It’s been a long standing injustice in Ireland that publicly-funded schools are allowed to discriminate; it’s great to see such a well-organised campaign working for change in this area. 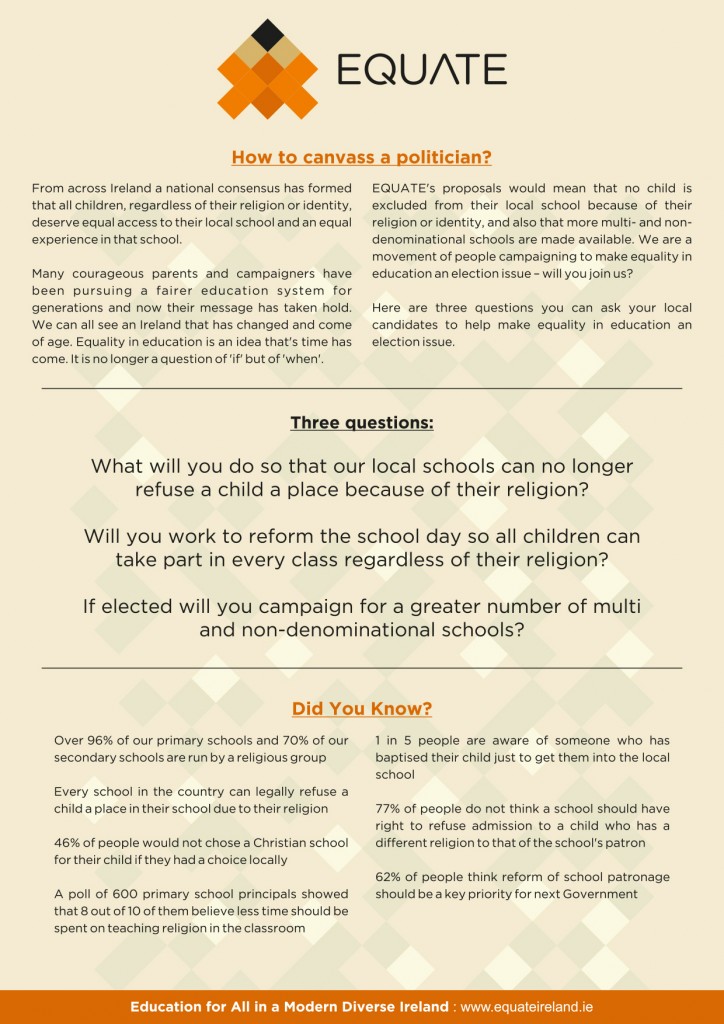 END_OF_DOCUMENT_TOKEN_TO_BE_REPLACED

Article of the Month: A better diet for the social media beast

Tips for driving donations through your Google Grant Ads

Digital Campaign of the Month: The Gender Pay Gap Bot