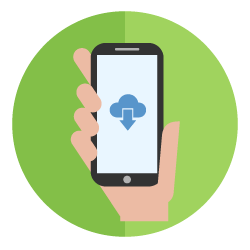 Mobile apps! You can get one for more or less everything, and most of us have allowed our smartphones to become completely clogged with them. Every so often an offer to develop an app for free may come your way, or a grant, from developers who want to help charities. Or you may be getting internal pressure to get one for your charity. It can be tempting to proceed, but before you do that you should know what you’re getting into.  Only 0.01% of apps are likely to turn a profit (source: Gartner).

Apps have to be downloaded from a service such as iTunes or Google Play. This requires your potential user to have a user account, space on their smartphone’s memory and a robust internet connection. All of these things are quite considerable obstacles when you compare it to simply visiting a mobile website.

When you’re promoting a mobile app, you not only have to let users know about it, you also have to convince them that it’s a good use of the space on their phone.  I heard of a charity recently who built an app to take single donations for their emergency appeal fundraising campaign; it was being promoted on public transport posters.  But if someone’s on public transport, odds are they won’t have a strong enough internet connection to download an app.  Will they remember to do it when they get home?  And why should they have to download an app to make a single donation? Wouldn’t it have been easier for everyone to instead offer a fast-loading mobile-friendly donation form on their website?

If you are building an app, consider that you will also need to make a serious investment in a promotion plan.

Developing for Multiple Platforms & Keeping Up to Date 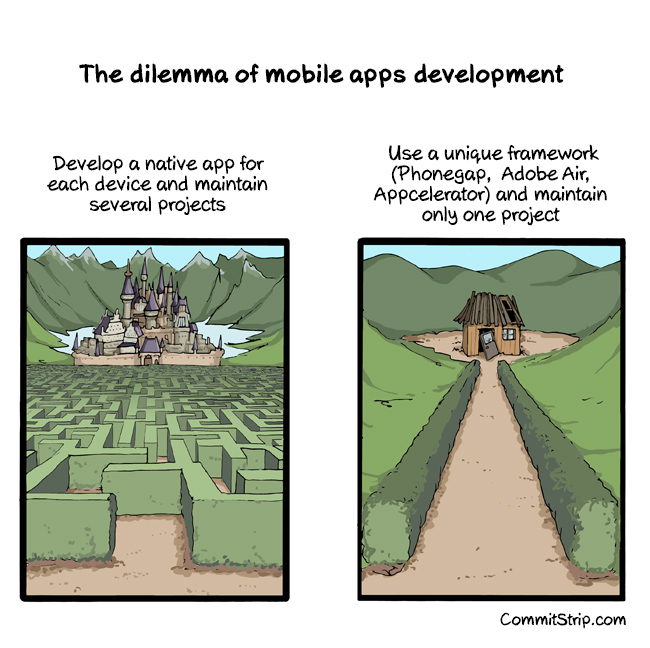 This is the really tricky part. Are you going to develop for Apple or Android, or both? How about Windows mobile? If all three, now you have multiple development projects. Each time Apple, Android or Windows update their operating system, you will need to check that your app still works and update the code. As you’ll know if you have a smartphone, the operating system updates happen a lot.  An app is an ongoing project, so if you’re taking one on, make sure you can resource it well into the future. If not, it will quickly become obsolete.

When is an App a Good Idea?

A good rule of thumb is that unless your app uses the functionality of the phone (for example: camera, gps, the tilt feature, microphone, etc) then in 99 cases out of 100 you are better off using a mobile website instead.

There are a few exceptions to the ‘mobile sites are better’ rule:

An app is also obviously a great way to deliver games, but game development can be very expensive.  Given how over-crowded the games market is, rigorous market research is crucial before investing in a game.

Before you get into a potentially expensive and difficult mobile app development project, consider spending some time and energy on improving your mobile web instead – a responsive website, and mobile friendly donation and sign up pages.

This ‘Candy Crush for change: could your charity create the next big app?‘ article from The Guardian gives a good overview of how some charities are using apps.

END_OF_DOCUMENT_TOKEN_TO_BE_REPLACED

Tips for driving donations through your Google Grant Ads

Digital Campaign of the Month: The Gender Pay Gap Bot

Resource of the month: Richard Berks’ advice on blogging for charities