The Digital Charity Lab 5 Minute Guides are intended to give you the basics on a particular digital platform or project. They are collaborative documents and we welcome your feedback and further suggestions in the comments. 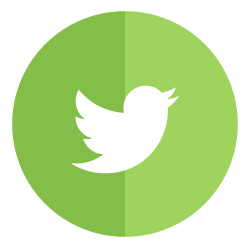 Twitter has many unwritten codes of conduct. A few you should know:

It’s best to start slow with Twitter and find your feet.

Hashtag = a word or phrase preceded by a hash sign (#), used on social media sites such as Twitter to identify messages on a specific topic. Hashtags are extremely useful as they bring all tweets on a particular topic together.

Mashable have a handy guide to hashtags.

As with Facebook, it’s good to have a clear strategy, goals for each tweet and to track the return on investment where your time is concerned.  Beth Kanter has a great round-up of resources for developing a social media content strategy on her blog.

Hootsuite is great for monitoring on Twitter – set up streams for your organisation name (include common misspellings), your public spokespeople, and keywords relating to the issues you work on.  Basic Hootsuite accounts are free.  It also allows you to schedule tweets if you are planning them in advance.

(I really love Twitter by the way! It’s great for finding interesting people and content, great for breaking news and also great for laughs. If you’re on Twitter, hit me up on @digicharitylab.)